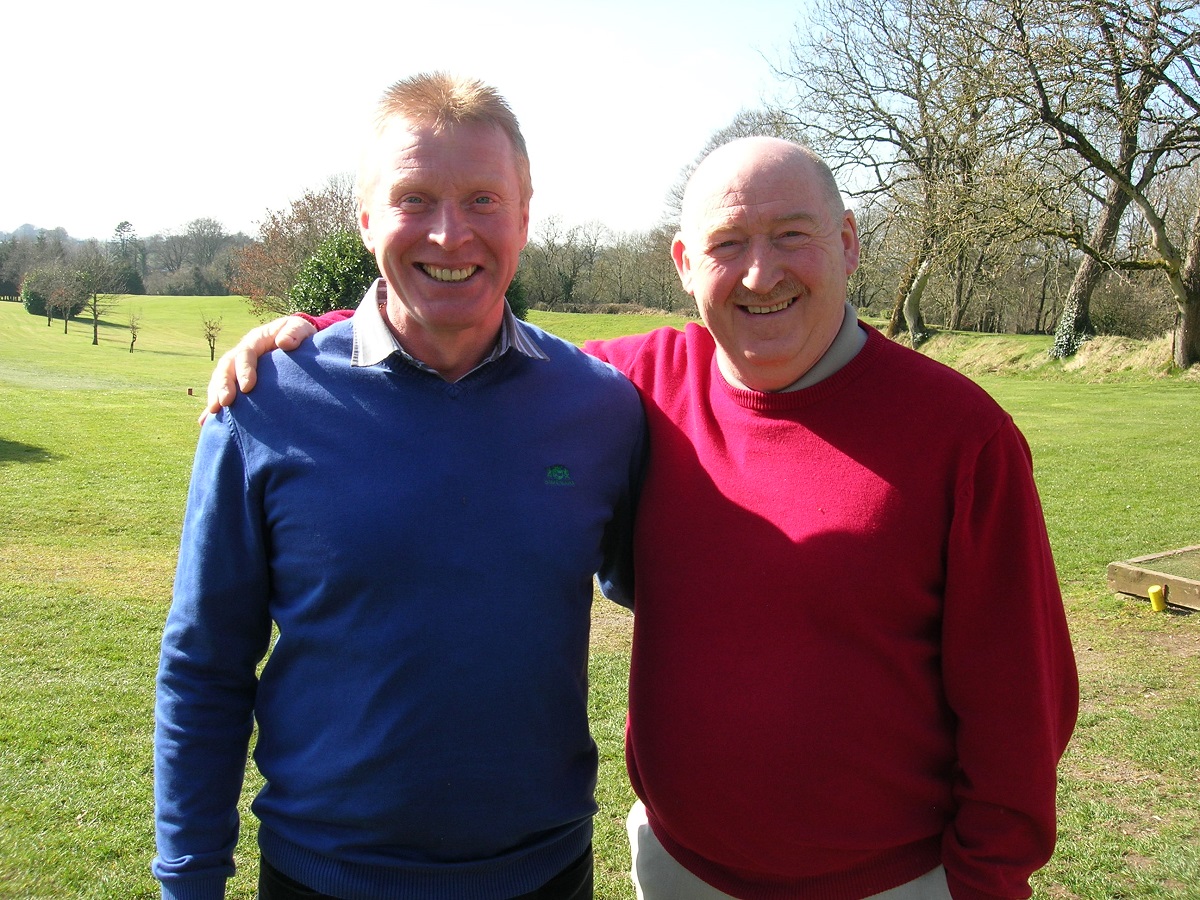 Malachy wins by a “coat of paint”!!

cloghervalleyJune 12, 2016Comments Off on Malachy wins by a “coat of paint”!!Club News

Lady Captain Mary Fee’s Invite to Gents Stableford Competition was hotly contested last weekend with some great golf resulting in a nailbiting finish. In-form Brendan McCusker,fresh from his first ever victory two weeks ago, graced the hallowed turf as he did in his football days and carded a great round of 6 under par 42pts. After a great opening 5 pars in a row,Brendan found too much trouble in the back 9 and 2x double bogeys and a triple bogey were to cost the 21 handicapper dearly as he finished runner-up to eventual winner Malachy “Old Blue Eyes” Graham on count-back. Endless hours of putting practice with his ghuru and a new putter paid dividends as Malachy stroked the ball better than he strokes the paint brush! His card painted a pretty picture which included 10 pars and 2 birdies resulting in victory also with 42pts on count-back. Stan Montgomery finished a very creditable 3rd with 41pts again on count-back.